My courses on ancient history emphasize material culture, and especially architecture and cities. We explore issues of identity and power as grounded in ancient religion, and how architecture shapes and negotiates ritual and knowledge. I can envision no better place for learning this material than Tucson, which is the Gaziantep of Arizona.

"Ancient history" in the usual sense refers to many histories of peoples on the continents of Asia, Africa, and Europe from the rise of proto-literate societies in the fourth millennium BCE through as late as the seventh century CE. The Roman Empire (one of my favorite subjects to teach) originated from a coalescing of archaic communities and came to encompass a multi-ethnic world stretching over these three continents. Learning ancient history is essential for one's knowledge and appreciation of human achievement, and for all kinds of college majors and graduate study, though no more essential than histories focused on living cultures, without which ancient history is meaningless. The study of ancient history imparts meaning to our own imperialist world, and as a driving force of imperialism, teaching research in ancient history requires special care to counter modern imperialism rather than contribute to it.

I'm taking on new responsibilities along with my evolving ideas about what classics is. I'm teaching ancient Near Eastern history, and not just Greek and Roman history. The canons of classical studies created the very idea of the ancient Near East as an exotic, mythopoeic precursor to Greek and Roman culture whose value is to be measured from modern constructions of supposedly Greek and Roman perspectives. This is the explicit subject of my co-convened course on the ancient Near East (HIST/CLAS/MENAS 489/589), and it's what makes my course proper to "classics." Finally, my responsibility as a classicist includes teaching both the origins of early modern racism, and the late medieval cultural conditions out of which racial supremacism emerged in its Transatlantic context. Put simply, classics belongs to this vast chronological and geographic breadth for the same reasons why modern nation states belong to the world they colonized. My adhering to this understanding comes with the added opportunity to emerge from the isolating tunnels of overspecialized teaching and research at the expense of serving the people and state of Arizona.

I enjoy teaching the introduction to the study of history (HIST 301), which is required of all History majors at the University of Arizona, as well as the much-admired Western Civilization survey for Gen Ed (HIST 160B1).

I'm currently in conversations with Professors Johnstone and Futrell about collaborating to develop a new set of courses on ancient Roman history, and I'm involved with colleagues from varied specializations in developing a new course on the history of racism. I'm also developing a new 200-level Gen Ed course on God in the ancient world, which involves some the greatest literary works from ancient Near Eastern, Greek, and Roman contexts to elucidate changing concepts of God (and not just "the gods") throughout time.

You are likely the first person in history to have read this narrative all the way to this sentence.

HIST 301 Introduction the Study of History

HIST/CLAS/MENAS 489/589 - Priests, Prostitutes, and Conquerors: Modern Imagination and the Ancient Near East

HIST 301 Introduction the Study of History 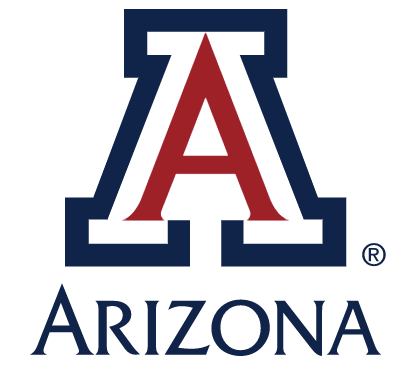